Welcome back for another year at Ribchester. It is day 4 of this year’s excavation and the team is beginning to settle in and get to work. 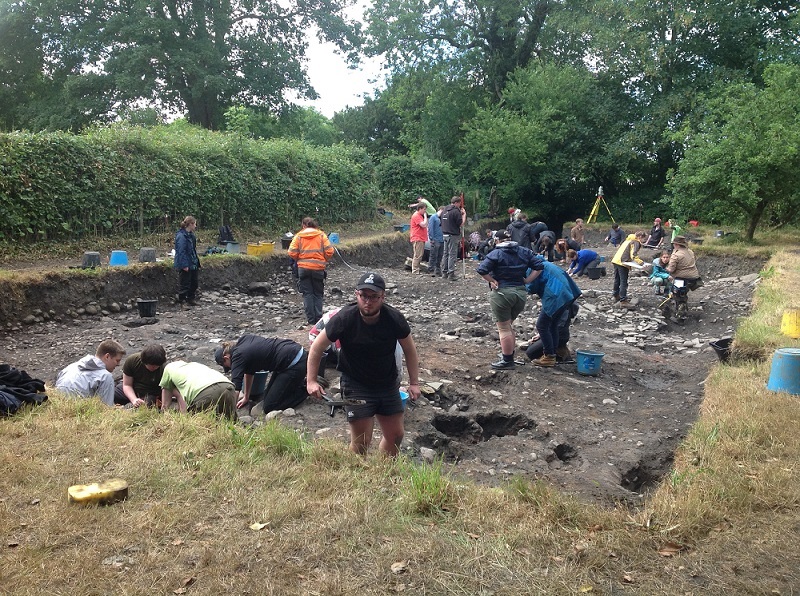 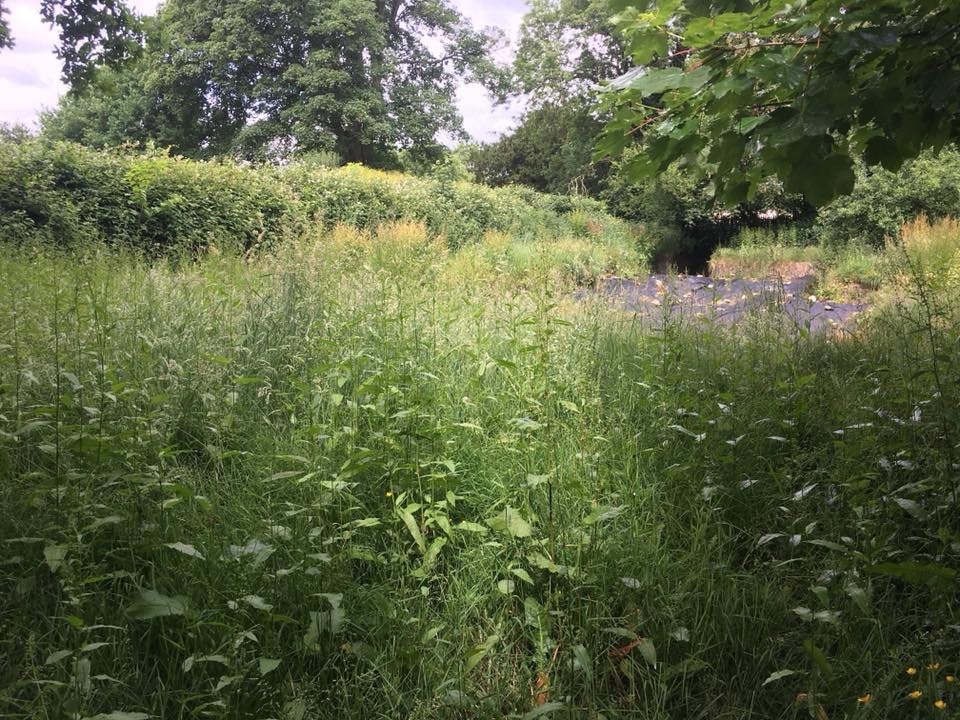 Before we could start digging this year we had to reclaim our trench from a year’s worth of shrubbery that had overgrown it.

It took some hard work, but after a few close encounters with some stinging nettles the trench was clear and we could get to work. 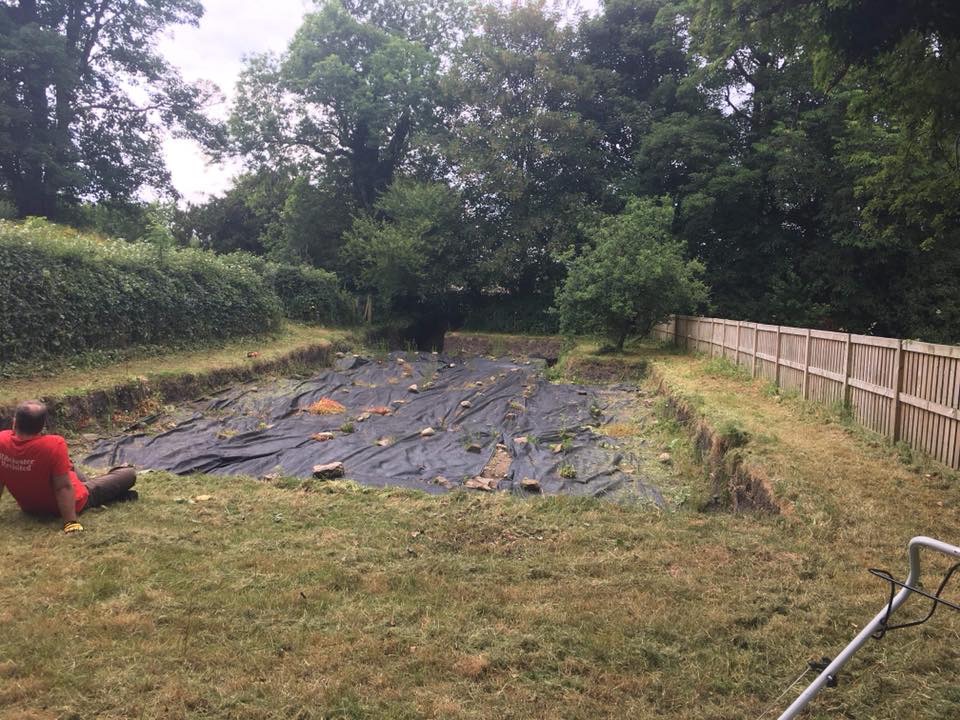 This year our excavations will be focusing on four main areas. Each of these areas will have a corresponding team: a collection of our international team from Australia, USA, Canada and England. 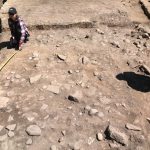 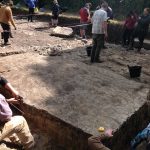 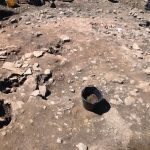 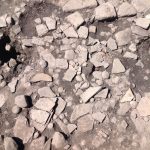 The clay base of the ramparts, the wall and the ditch.

A possible workshop in the south of the trench.

A possible building to the south of the guardhouse.

The other areas will be detailed in later posts, but this blog will discuss the clay base of the stone ramparts which are pictured above, beneath which we hope to find the remains of an earlier first century fort. So far we have managed to uncover the stratigraphy of this clay base (right). In this photo we can clearly see several different coloured layers of earth.  There is a large clay layer at the top which we believe was purposefully laid down as a foundation for a stone building above it. The darker black layer below this (near the orange string) is likely an organic layer, possibly caused by the cutting and laying down of wood to provide a base for the clay. What’s exciting about this, is that below this layer we stand a chance of discovering the remains of the earlier first century wooden fort. Something we don’t think we will find anywhere else in our trench! 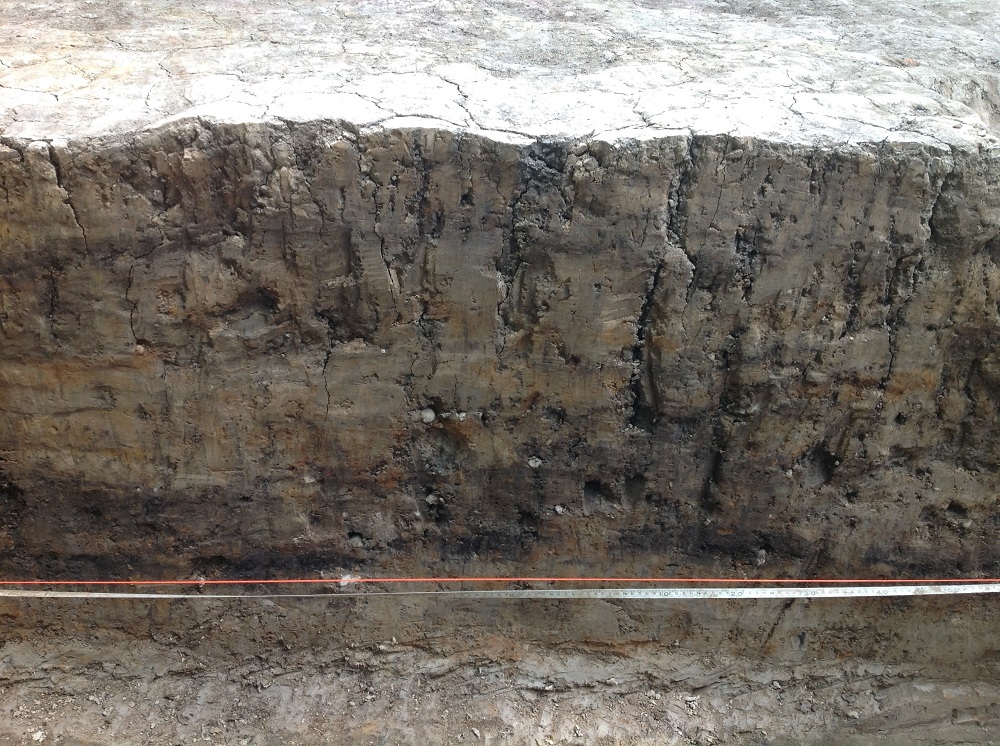 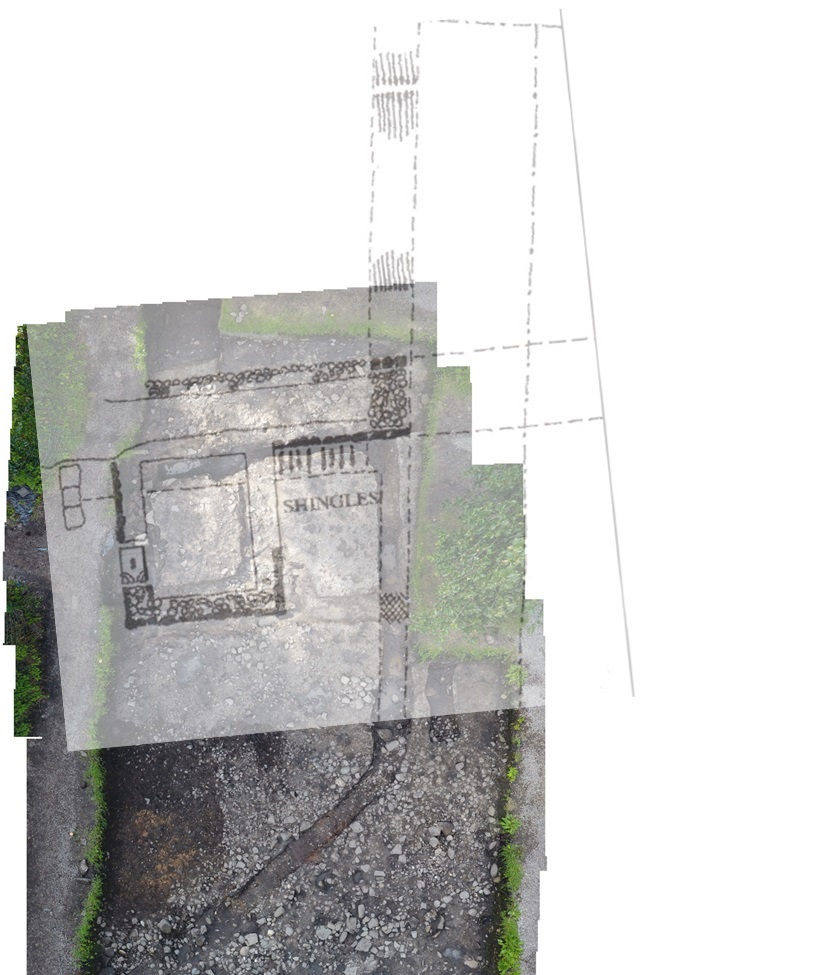 We were helped (or hindered) in this by making use of an earlier trench dug in 1907 by Thomas May who conducted several excavations on this site. He left us several drawings and notebooks about this excavation (left), however some of them have gone missing over the last century, so we are discovering the archaeology of his excavation whilst we uncover the archaeology of the Roman forts on this site as well.

By the end of these four weeks we hope to have all of this gone. Duncan (one of our project directors) estimates we have about 8 tonnes of clay to move! That’s a bull elephant worth of clay to move!  Luckily we’re well experienced moving large amounts of dirt and soil, this is how much we’ve collected on our spoil heap so far (right)! 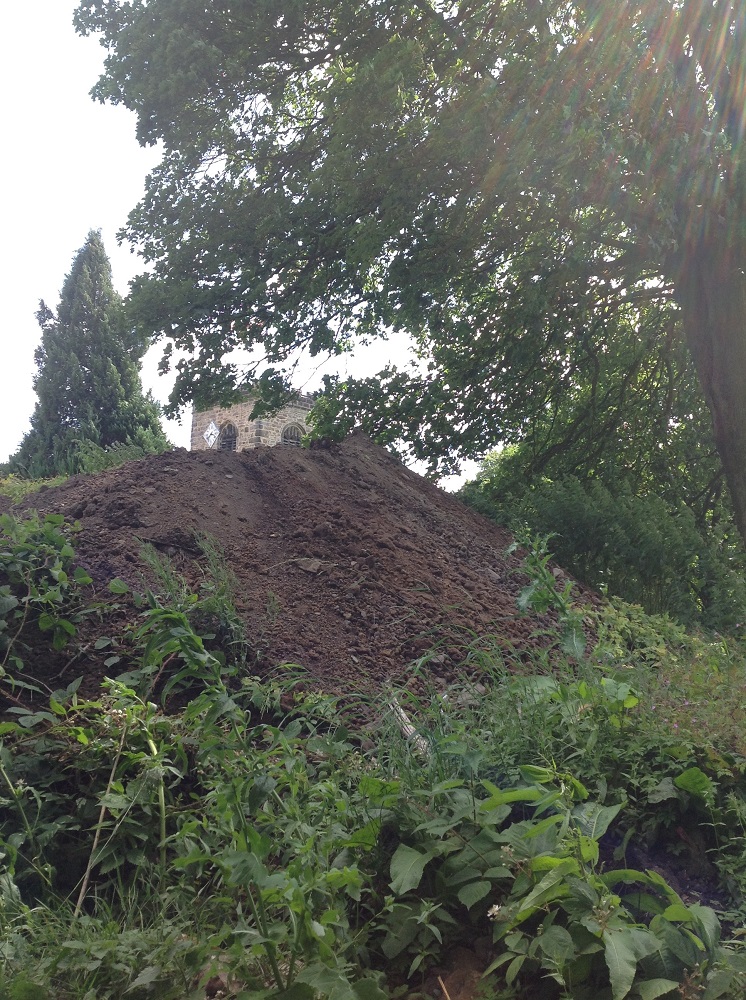